A former First Grade Detective with the NYPD, is the founder and owner of Squad Security Inc. and Squad Security Ltd worldwide companies. The security and private investigations firm has offices in Manhattan and London, where it has served Fortune 500 clients.

Mike began his career with the NYPD in December of 1980 as a Transit Police Officer and worked his way up to the top of the detective ranks after years on the street, investigating a wide variety of crimes across the city, including homicide investigations. Squad Security currently consults on homicide and other cases. The firm also provides armed security protection to corporate and private clients. Mr. Sapraicone has been a frequent guest on Fox News, Court TV, MSNBC and CNN, where he has been interviewed about unsolved homicide investigations. Mr. Sapraicone retired from the NYPD in 2000 after a 20-year career. He started Squad Security in 1992.

Mr. Sapraicone is a member of the Company of Security Professionals of the United Kingdom, the National Association of Chiefs of Police, Associated Licensed Detectives of New York State, American Academy for Professional Law Enforcement and ASIS International. 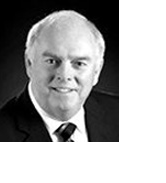 After serving three years with a federal law enforcement agency, John joined the ranks of a major police force, before working as a private investigator, providing litigation support, security and risk analysis services to some of Canada’s leading firms.

During his law enforcement career, John worked in patrol, the Communications Centre, Public Order Unit, Court Services and Criminal Investigation Bureau, where he performed general investigations and later served in the Crimes Against The Person Unit.

After retiring from the police, John served as Vice President of Operations for a private security and investigations company. He also worked as a security management consultant.

John is a licensed investigator and a member of ASIS International.

At Squad Security Canada, which Josie Maxwell joined in 2019, she is the office manager and is responsible for all administrative, human resources, and accounting related matters for the Canadian operations.

Squad Security takes pride in having developed an industry reputation based on extreme client satisfaction. We pride ourselves in offering personal service to our clients, and ensure that the working relationship is effective and dynamic.